China and Russia have proposed to form a “Regional Security Dialogue Platform” after both countries rejected US call for ‘rules based order’. The strategic decision announced after two days meeting of Chinese Foreign Minister Wang Yi and his Russian counterpart Sergei Lavrov at Guilin in south China’s Guangxi province. The proposal to form Regional Security Dialogue Platform is considered a move to counter recently launched Quad consisting of US, Australia, India Japan. What ramification will the latest development have on India, who is also part of China Russia led Sanghai Cooperation Organisation SCO, RIC and BRICS. If India’s all weather friend Russia develops proximity with China, who is India’s adversary having a serious border conflict, how India will balance both US and Russia? Is India caught in the crosshair of conflict brewing between nations eyeing to be or remain a world superpower? Strategic challenges are more serious to answer right now rather lingering for random strategic settlement later on.

The Quad Summit on March 12 endorsed “a rules- based order” and is considered a formidable block in the making to counter Chinese influence and hegemonistic attitude in the Indo Pacific region that is primarily the Western and Central Pacific, South China Sea and Indian Ocean. Now the days after the failed March 19 U.S.-China summit in Alaska and fresh round of verbal spat between US President Joe Biden and Russia President Vladimir Putin deepening the strain in relationship, both China and Russia find is natural and spontaneous to counter the Quad.

There may be a multiple factor that may have pushed India and Russia into two blocks fundamentally contesting the conflicting interests. During latest stand off with China after Chinese intrusion into Indian territory in which India lost 20 of it’s soldiers in Galwan Valley and China admitting only four casualty, India got hardware and data support from USA with which it has recently signed three fundamental laws namely LEMOA, BECA and CAMCOSA. This development is significantly different from earlier occasion when India used to be helped by Russia in war in times of need whenever Pakistan attacked India. This time, Russia at the most tried to be neutral on the face of it but what may have went undercurrent is surfacing now or will surface in near future.

It is important to understand why is India- Russia, friends yesterday may be contesting each other in blocks tomorrow. In any case it is not going to be easy sailing for India in two different direction with heavy currents.

Both Russia and China had said in a joint press release that “the international community believes that the United States should reflect on the damage it has done to global peace and development in recent years, halt unilateral bullying, stop meddling in other countries’ domestic affairs, and stop forming small circles to seek bloc confrontation.”

The US on the other hand has been accusing China of harassing smaller countries and grabbing their territories specially in South China Sea. It used to carry out Freedom of Navigation in South China Sea. On the other hand China has been regularly exercising and carry out naval drills in strait of Taiwan. There has been raising voices in China to reunite Republic of China, the Taiwan with the mainland China. However, Taiwan has been contesting all Chinese moves and growing proximity with US, who off late gave it a diplomatic recognition much against PRC’s wishes.

But why Russia choose to align with cold war adversary China and be up against ‘the Quad’. The Russian foreign minister Sergey Lavrov named India on more than one occasion and accused it of being party to “anti-China” policies by aligning with the western world. His statement was at a time when Chinese threat was staring at India directly. During the stand off- Russia even tried to be the middleman between India and China to settle the issue. However, there must have been some concerns and discontent in South Block over Russia’s repeated public comments and aspersions over India joining The Quad. In the last 20 years, first time annual bilateral summit between the two countries, India and Russia was cancelled. However, New Delhi in December last year itself has clarified that the bilateral was mutually cancelled owing to Covid situation. The summit regularly held since 2000 when the ‘Declaration on the India-Russia Strategic Partnership’ was signed between both side. The relationship was upgraded to ‘Special and Privileged Strategic Partnership’ from ‘Strategic Partnership’ in December 2010 during the visit of the Russian President Vladimir Putin to India.

The gap between India and Russia has started widening from the time Russia started supporting India’s adversary Pakistan with weapons systems and enhanced defence cooperation with Pakistan. Similarly, US- India defence cooperation also grew over time. Defence trade which was zero US dollar till 2008 had reached to 20 billion dollar in 2020. The change can be noticed over hue and cry over too much dependence on Russia and shortage of spares supply from Russia that led India to diversify its defene purchases from Israel, France and USA. Howevr, China believes India can not ignore Russia when it comes to regional cooperation like SCO, BRICS or RIC. China has significant influence in these bodies.

Most importantly it looks China is able to persuade Russia to join Chinese block to contest Japan as Russia claims Southern Kuril Islands or the “Northern territories” as they being called in Japan. There is a feeling in China that Russia will not loose sovereignty over islands despite Japan trying to loosen Russia’s position on territorial issues by expanding economic ties and cooperation with Russia. The Chinese efforts are directed to club with Russia to exert influence on Japan and India. Meanwhile, Indian ambassador to Russia DB Venkatest Varma also held a meeting with Deputy Minister of Defence of the Russian Federation Colonel-General Alexander Fomin. During the conversation, the parties discussed topical issues of bilateral cooperation in the military and military-technical fields. The press release by Russia says the meeting was held in a warm and friendly atmosphere in the spirit of a particularly privileged strategic partnership.

China has criticised the recent Quad summit hosted by US President Joe Biden and attended by Prime Minister Narendra Modi, Australian Prime Minister Scott Morrison and Japanese Prime Minister Yoshihide Suga. Now both Russian and Chinese foreign ministers hit out at the United States for “forming small circles to seek bloc confrontation”. China is already enraged with European Union’s sanctions against its four officials owing to human rights violation against Uighur muslims in Xinjiang. As a tit for tat, China has sanctioned 10 of Europeaun Union Citizens and prohibited them from entering into any financial dealing with Chinese institutions.

The press release put out by Russia said “the international community believes that the United States should reflect on the damage it has done to global peace and development in recent years, halt unilateral bullying, stop meddling in other countries’ domestic affairs, and stop forming small circles to seek bloc confrontation.”

China and Russia have rejected U.S. calls for “a rules-based order” – a call endorsed by the Quad summit – and instead said “all countries should follow the purposes and principles of the Charter of the United Nations” and “uphold true multilateralism, make international relations more democratic, and accept and promote peaceful coexistence and common development of countries with different social systems and development paths.” However, it is also a fact that much acclaimed UNCLAWS verdict on South China Sea was overlooked by China and nothing much was done by Russia to persuade its friend China to accept the verdict.

The undercurrent of both Russia and China statement suggests that they Regional Security Dialogue platform’s ambit will increase by inclusion of states like Iran to quash Quad’s bid to include more nations like South Korea in it’s ambit. Both countries want a meeting of permanent members of UN security council. In any case it is not being easy for India to ride on two horses both running in opposite direction. What do you thing about this particular issue, do write in the comment box of the video. If you are new to my channel, please subscribe and press bell icon to get notified of new videos. If you want to support National Defence, you can join by becoming its member. You will get different perks depending on your membership. Look forward for your support and cooperation.

About The Author:  Shailesh Kumar is a freelance journalist and editor of National Defence, India’s leading defence and security web channel. He has reported for top Indian news television like Star News (now ABP News), India TV, NewsX and News 24 for over 16 years. With around 20 years of media experience, Shailesh Kumar is keenly interested in India China relationship. 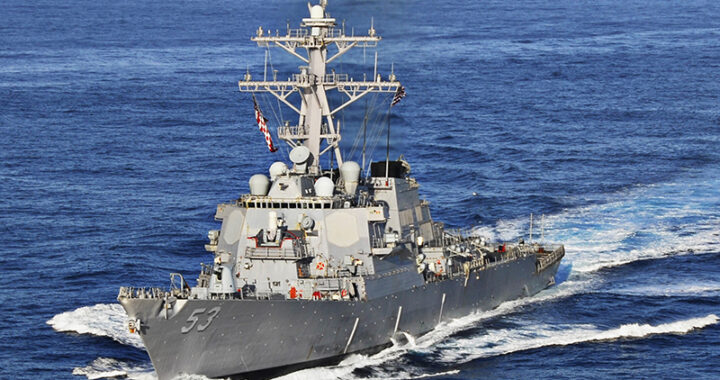 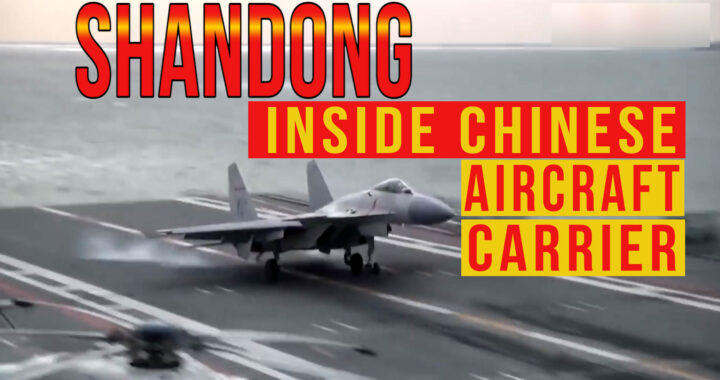 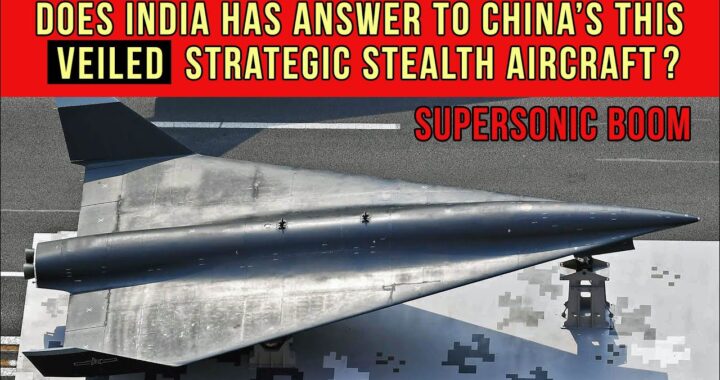 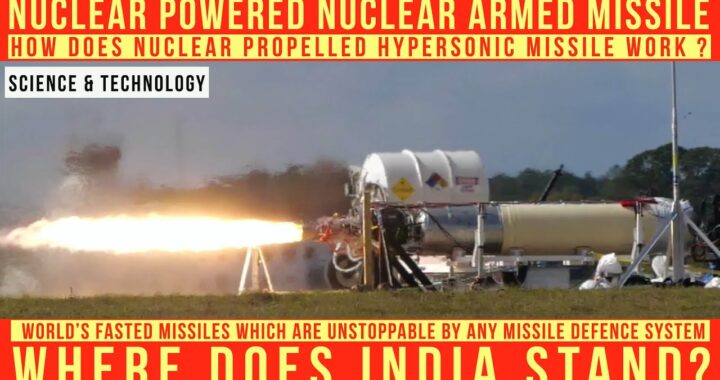