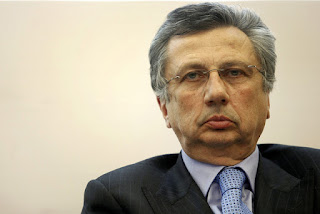 NEW DELHI, 09 April 2016
Italian defence and aerospace major Finmeccanica former chief Giuseppe Orsi has been sentenced by the Milan appeals court to 4.5 years in jail for false accounting and corruption in the sale of 12 VVIP choppers to India for over Rs 3,600 crore. In the ruling, which overturned a previous court order of 2014 that had given Orsi reprieve in connection with the corruption angle, former CEO of Finmeccanica’s  helicopter subsidiary AgustaWestland, Bruno Spagnolini, was also handed a four-year prison term.
According to news reports from Italy, the court found both guilty of corruption in relation to the sale of 12 helicopters to the Indian government and sentenced Orsi to a jail term of four and a half years. Prosecutors had requested jail terms of six years and five years for Orsi and Spagnolini respectively, it said.  The lawyers of both the accused have said that they would seek an appeal.
Here in India, the CBI and the ED are still probing the case in which former Indian Air Force chief S P Tyagi and his cousins are alleged to be the beneficiaries.
The ED has booked Tyagi, his family members, European nationals — Carlo Gerosa, Christian Michel and Guido Haschke, four firms — Finmeccanica,  AgustaWestland and Chandigarh- based IDS Infotech and Aeromatrix, two companies based in Mauritius and Tunisia.
Source: The New Indian Express