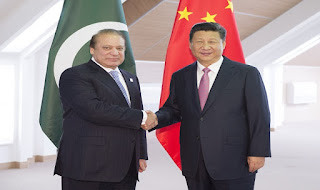 BEIJING, 09 April 2016 (Xinhua)
China and Pakistan will stage a joint air force exercise this month in Pakistan, a military spokesperson announced.
“Shaheen (Eagle)-5,” the fifth such drill between the two countries, will take place from April 9 to 30, Air Force spokesperson Shen Jinke said on Saturday.
Shaheen-4, which was staged in China last year, featured fighters, fighter bombers as well as airborne early warning and control (AEW&C) aircraft.
According to Shen, joint military exercises and exchanges between Chinese and Pakistani air forces in recent years had effectively deepened cooperation between the two militaries.
He said the Chinese air force is willing to further expand exchanges and cooperation with the rest of the world and join hands with international peers to handle challenges and crises.
Source: China Military Official