With just one deal China has jumped form a regional hegemonistic power to world power! China signs a $400 billion deal with Iran. What would happen to India’s Chabahar project? Meanwhile US President Joe Biden talks with UK Prime minister Boris Johnson to push for Blue Dot Network, a parallel and to counter China’s Belt and Road Initiative spread in 70 countries of the world? Is India loosing a geopolitical game too fast owing to its sluggish speed in implementing projects?

China once again emerged successful in spreading its footprint in Iran and central Asia. Chinese foreign minister Wang Yi signed a 25 year cooperation agreement with his Iranian counterpart Javad Zarif. Under the agreement, China would invest $400 billion in Iran. The deal would ensure a steady supply of Iranian oil to fuel its growing economy for over 25 years. This is another feather in Chinese cap to consolidate it’s Belt and Road Initiative.

China has extended support to Iran when US come out of 2015 Nuclear accord and Trump Administration put sanctions against it. Even India was forced not to buy Iranian oil due to sanctions. But now President Joe Biden has offered to resume negotiations with Iran over the 2015 nuclear accord that his predecessor, President Donald Trump, abrogated three years after it was signed. American officials say both countries can take synchronised steps to bring Iran into compliance with the terms of the agreement while the US gradually lifts sanctions.

In 2019, the Trump administration had floated an infrastructure scheme — the Blue Dot Network — to vet projects and promote private-sector led infrastructure development in the Indo Pacific. However, the scheme is not set up to directly finance projects on its own.

Soon after the proposal Chinese Government mouth piece Global Time in December 2019 termed Blue Dot Network as “Washington’s delusion”. The article mentioned that Taiwan and the US are going on with a plan to improve energy projects and finance infrastructure in Asia and Latin America. Su claimed that this will provide an “alternative” to the Chinese mainland-proposed Belt and Road Initiative (BRI), and some believe this will be a US-Taiwan version of the BRI.

Global Times further wrote- The so-called US-Taiwan version of the BRI is a pseudo-concept. Indeed, the US has reached agreements with 17 countries and regions to expand partnerships on infrastructure investment in third countries, trying to act against the BRI. However, the plan is more of a political move than an economic one, because it lacks funds. Second, it is a plan designed to counter the BRI, rather than a plan based on market demand.

Chinese BRI is multi trillion project spread in 70 countries and CPEC that runs through POK and Gilgit Baltistan is just one amongst many routes. China has indeed jumped to a global power from a regional power by signing cooperation agreement with Iran. Expert says the cooperation will be in defence, energy, infrastructure and intelligence sharing. But would the fate of Iran be that of Srilanka, Pakistan or Maldives?  Either you talk about Sri Lanka’s Hambantota port, which the government was forced to lease to China for 99 years after it failed to repay Chinese loans or Pakistan that owes China at least $10 billion in debt for the construction of Gwadar Port, and the territory is leased to the Chinese government through 2059. Similarly, another country in the region, The Maldives, owes China roughly $1.5 billion in debt which is about 30% of its GDP. Shylock China is expert in grabbing land through it’s debt diplomacy.

Coming to Indian interest in Iran-  Indian efforts have been slow in implementing crucial Chabahar project.  However, a few days back, during the Chabahar ceremony, India’s external affairs minister S. Jaishankar had proposed the integration of the Chabahar Port with the International North South Transport Corridor, marking India’s ambitions to develop a vast network of ports and freight corridors leading into Eurasia.

INSTC is a 7,200-km-long network of moving freight by ships, railways, and roads. The corridor aims to connect India, Iran, Afghanistan, Azerbaijan, Russia, Central Asia and Europe. The cities that would be interlinked by this corridor include Mumbai, Moscow, Tehran, Baku, Bandar Abbas, Astrakhan, and Bandar Anzali.

Integration between INSTC and Chabahar is compelling because of the limitation of the highly congested Bandar Abbas, a key Iranian port on the INSTC route. Chabahar, a deep water port therefore comes into the equation as it can ease the burden on Bandar Abbas.

Chabahar port is strategically located in the Gulf of Oman on the mouth of the strait of Hormuz, an important choke point through which oil and gas tankers drawing energy from the Gulf countries pass.

It is ideally located within a network of ports between Dubai and Mumbai. The marine distance between Chabahar and Dubai is 654 kilometres. Karachi is 845 km away, and Mumbai is 1,560 km afar. Pakistan’s Chinese-funded deep sea port of Gwadar, the starting point of Beijing’s Belt and Road Initiative (BRI) is only 76 nautical miles away.

From an Indian perspective, Chabahar provides an ideal exit for iron ore drawn from Afghanistan’s Hajigak mine and other natural resources from the Central Asian countries including Kazakhstan, Turkmenistan, and Uzbekistan. It is a major conduit for Indian exports in the vast geopolitically important region. Loosing Iran to China is not an option for India as Iran had good relations with India. US sanctions on Iran has not helped India, I believe. Shailesh Kumar, National Defence. Thanks for watching. Please like share and subscribe National Defence. Don’t forget to press bell icon if  you are new to my channel. Thanks indeed. Jai Hind. Vande Matram. 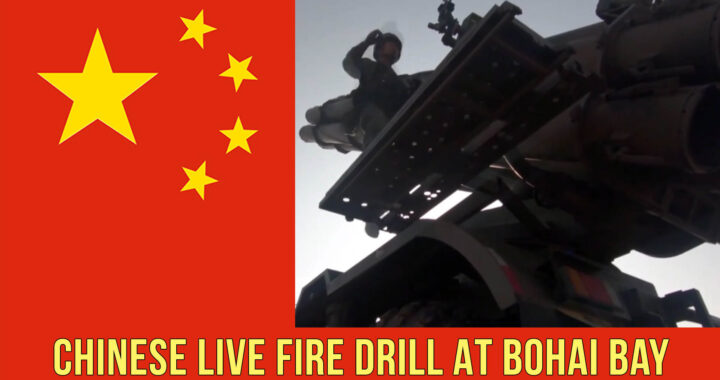